New Year's: Blame it on the Boogie

Remember the '70's disco classic "Blame it on the Boogie" by the Jackson 5? It's real good stuff, groovy beats and high quality lyrics like... 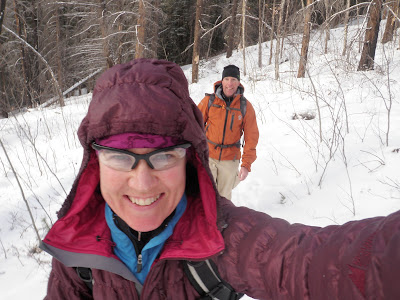 On New Year's Eve day, we started our day with a hike/run up and down Sulphur. Both Keith and I hadn't been up there in awhile and we lingered at the house until the temperatures warmed up to a balmy -19c. I forgot the camera for photo documentation, but we had loads of fun. I'm trying to get my hubby and I back in some kind of regular running - the running has been inconsistent. My theory is it's all good as long as we're getting out. The trip up Sulphur took us almost a couple of hours and it was good to be out and about with just my honey and me!


After our jaunt up Sulphur Mountain we did a quick turn-around and headed back out to Lake Minnewanka for a late day adventure. We joined up with Anna and Stew and their 2 dogs Kona and Oscar. 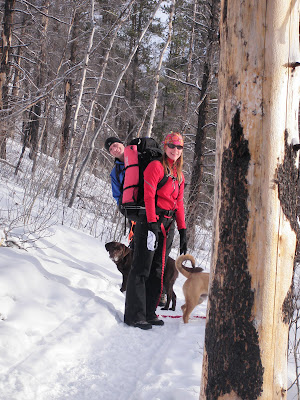 Anna and Stew were determined to spend New Year's Eve winter camping, so we helped them carry out some extra gear on this freezing cold day. That gear included lots of sleeping gear, chocolate and lots of liquid in the form of hot wine and hot boozy coffee. Got to keep your lady warm and happy on New Year's!! 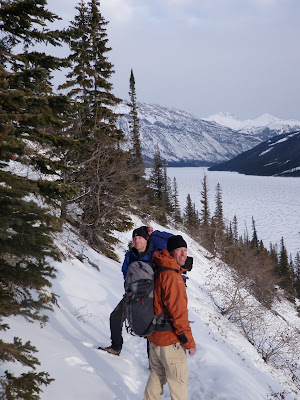 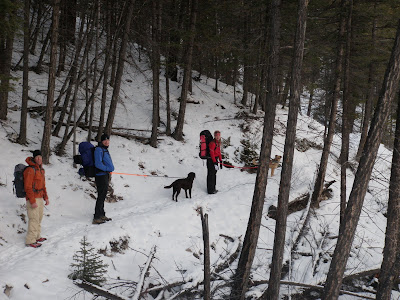 It was a great day. It took us a couple of hours to travel the 8km to the campground and Keith and I came back on the ice across the lake in less than an hour. It was so bright on the frozen snowy lake that we didn't even need our headlamps. So, sing-a-long with me as we dance our way into the New Year.... 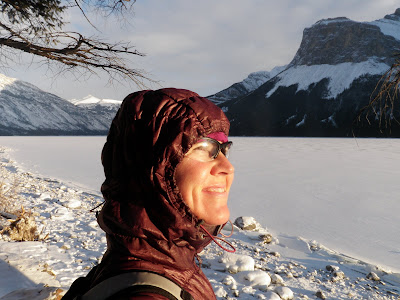 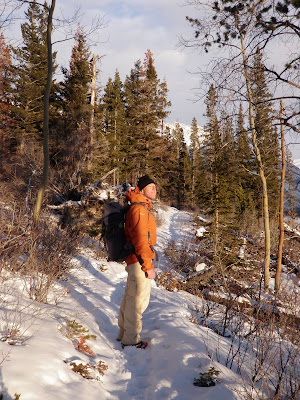 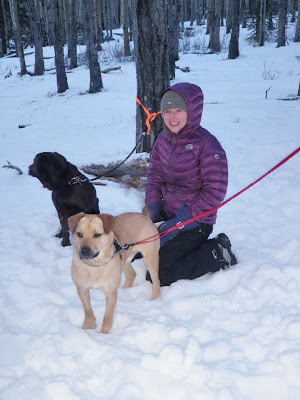 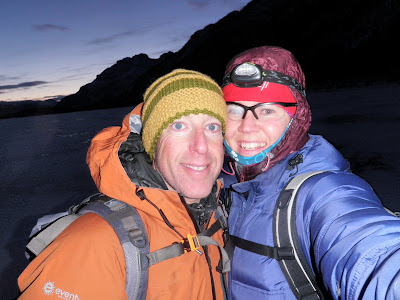 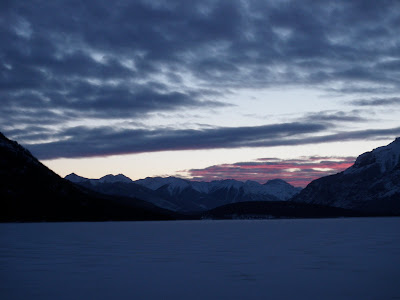 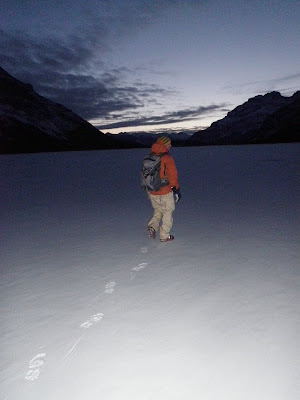 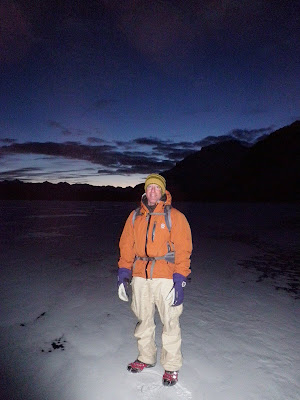 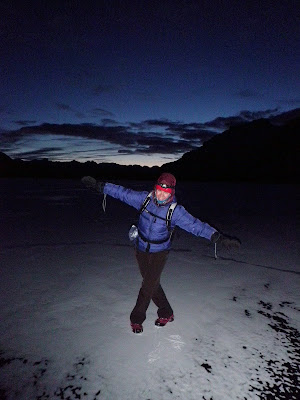 Labels: Blame it on the Boogie, Lake Minnewanka winter camping

That's a fabby post. LOVE IT and love your sense of humour! It made me have a right good chortle to myself. Oh and yeah Hogmany is the Scots version of New Years where too much is drunk. Not too much this year but even those modest amounts made themselves known when Murray woke at 5am!!!! Have a great 2011.

OMG! Anna and Stew are TOTALLY my kind of people! What's the fun of camping if you can't spend half your time eating chocolate and drinking antifreeze? And with good excuses.
You are gods - walking on water.

Just discovered your blog and I love it. I’m doing a 50km trail race in Alabama this winter and finding it difficult to train as I’m not too familiar with the Banff area. What trails would you recommend running in the winter? I plan to run up Sulphur this week :)

Awesome! Oh yeah, blame it on the boogie. I can do that! ;)
Happy new year, Leslie and Keith!

Thanks Kaz! I can read your accent into your words. It makes me chortle, too! Thank you and Happy New Year! Stu and Anna are part of the British contingent here in Banff, they rock.

Danni - I know you needed another reason TO BUY MORE GEAR....and now you have it! Soon, you'll be sleeping in the backyard with the doggies....

Love it JeffO, LOL. Stew and Anna are good peeps! Though the divine Ms. Anna was a little reluctant on this adventure, she was soon bribed and imbibed with good spirits.

Happy New Year to you D!

Hiya Anon!! WOW! We need to meet, it's always fun to connect up with the running tribe. And there's not many of us in Banff. Drop me a note at:
lesinbanffathotmaildotcom

Let's visit and run. It's going to be c-c-cold this week. I need me some motivation.

Hiya Gretchen! From the same song...

Hi Leslie;
I saw the photo of you and Dean. Do you lift weights and do squats to get quads like that, or is it just from running? Inquiring minds want to know.

How amazing that the lake totally freezes over!!!!
Not sure i'd be running on it!