I'm trying to squeeze it all in. Fact is, I'm short on time this summer. With the Trans Rockies run coming fast and furious and the Tor des Geants in September - there seems to be too much to do and not enough time to do it. So, I'm squeezing in as many runs as I can in my beautiful backyard - but I wish their was more time. Summer's short and there's way to much to see and do. Too many trails and not enough time!!

Because of this, this past weekend I came up with a plan. Friday, it was "Yoho in a Day". Saturday, it was a bike and hike up the Ottertail fire road to Goodsir Pass and Sunday it was "Skoki in a Day." Like I said, I'm trying to squeeze it all in!

Here's the pictures from Sundays adventure: "Skoki in a Day."

We did Boulder Pass, Packer's Pass, Skoki Lakes, Merlin Lake, visited the friends at the lodge for treats and back home via Packer's Pass. There was a plan to scramble up Skoki Mountain, but I was feelin' lazy - so I'll put that one in my back pocket for another day. Ed, Jen and Catherine joined and we had a leisurely, enjoyable, lazy day. Ed and Jen are heading to Trans Rockies as a Mixed Team, and they are beyond excited. It was also Ed's Anniversary of a horrific military accident he had 11 years ago, where he was told he'd never be able to bike/ski/run or play in the mountains. Hmmm. In this photo, he seems to be doing pretty good. 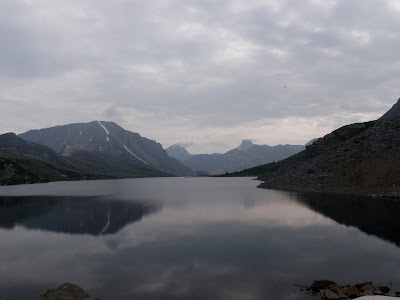 A Calm Ptarmigan Lake greeted us. 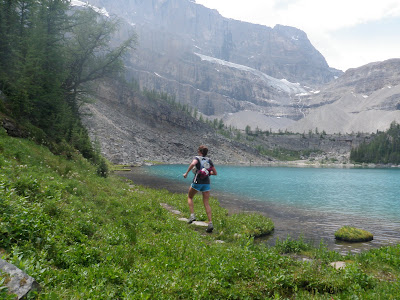 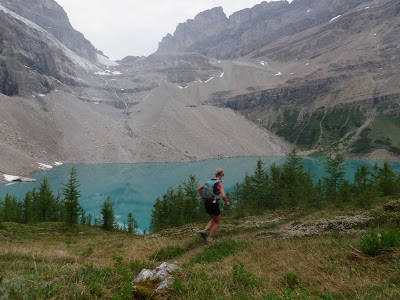 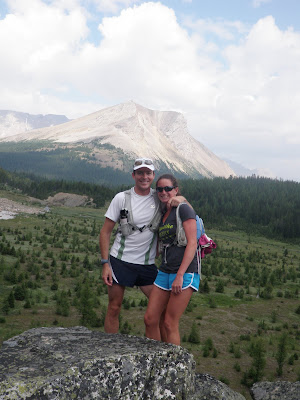 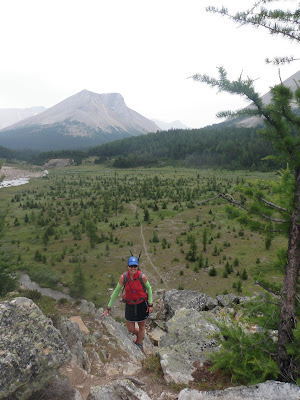 If I ever get lost in the wilderness, they'll find me. 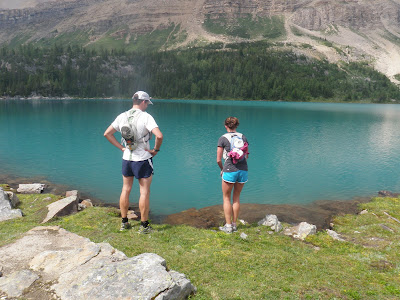 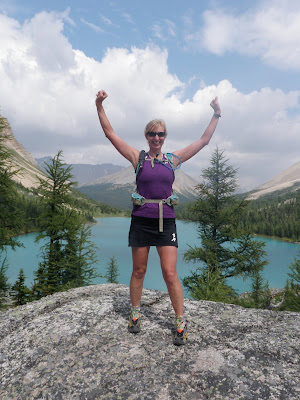 Catherine - she's Queen of the World!! 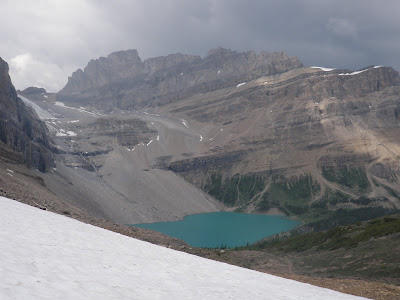 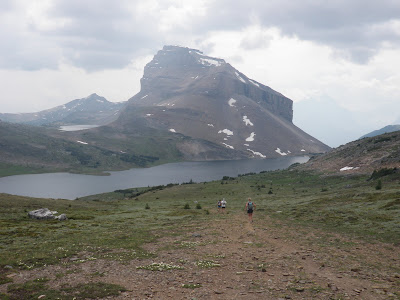 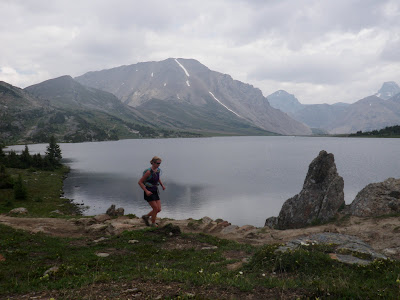 It was another beautiful day at Skoki, it's always fun to share one of my favorite places. Hopefully, I can make a return trip in late September, when I return from Italy. I'm planning on it!
Posted by Leslie at 9:43 PM

Magical!
Ed - you are awesome and an inspiration.

Good fill someone in on and this post helped me alot in my college assignement. Say thank you you for your information.